Praise for THE TIGER AT MIDNIGHT

“Thrilling, entertaining, and beautifully written, this is one adventure YA fans won’t want to miss.” —Buzzfeed

“Teerdhala’s debut, immersed in Indian fantasy, features two compelling protagonists who must question their loyalties and decide what they’re willing to sacrifice for the chance at a new future. Fast-paced action and a budding romance between emotionally layered characters make this a promising start to a gripping new series.” —ALA Booklist

“[A] lush blend of folklore, fantasy, and romance.” —Kirkus Reviews

“Set in a fantastical South Asia, this combination of romance, action, and magic will appeal to fans of Sabaa Tahir and Renée Ahdieh. A strong choice for YA fantasy shelves.” —School Library Journal

“Cat-and-mouse maneuvering between assassin Esha and reluctant soldier Kunal will hold you in tantalizing suspense in this searing debut exploring love, loss, and destiny. The Tiger at Midnight is as alluring and fearless as its characters.” —Stacey Lee, award-winning author of Outrun the Moon

“A deliciously twisty cat-and-mouse story that had me racing through the pages. I love stories that challenge their protagonists’ beliefs, and both Esha and Kunal face complex, heart-breaking decisions in their journey to discover both themselves and each other.” —Natasha Ngan, New York Times bestselling author of Girls of Paper and Fire

“Follow Esha and Kunal on a dangerous journey through lush jungles and bustling cities, where the stakes are life and death, and victory comes at a terrible price. Teerdhala has written a masterful debut full of breathless twists and turns and a romance to ignite the senses.” —Axie Oh, author of Rebel Seoul 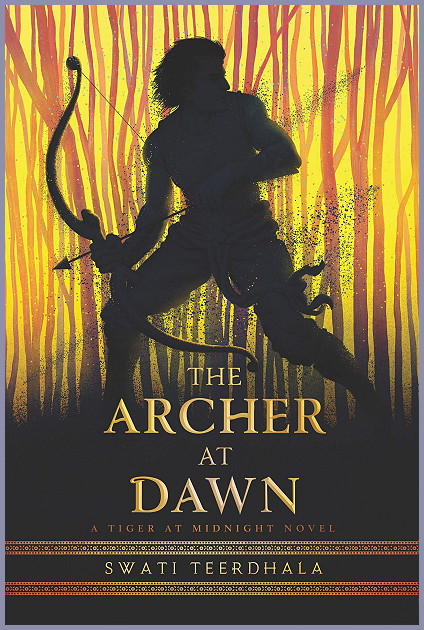 Romantic intrigue and electric action fill the gripping sequel to The Tiger at Midnight, a world inspired by ancient Indian history and Hindu mythology. Perfect for fans of Sabaa Tahir and Victoria Aveyard.

A stolen throne. A lost princess. A rescue mission to take back what’s theirs.

For Kunal and Esha, finally working together as rebels, the upcoming Sun Mela provides the perfect guise for infiltrating King Vardaan’s vicious court. Kunal returns to his role as dedicated soldier, while Esha uses her new role as adviser to Prince Harun to seek allies for their rebel cause. A radical plan is underfoot to rescue Jansa’s long-lost Princess Reha—the key to the throne.

But amidst the Mela games and glittering festivities, much more dangerous forces lie in wait. With the rebel’s entry into Vardaan’s court, a match has been lit, and long-held secrets will force Kunal and Esha to reconsider their loyalties—to their countries and to each other.

Getting into the palace was the easy task; coming out together will be a battle for their lives. In book two of Swati Teerdhala’s epic fantasy trilogy, a kingdom will fall, a new ruler will rise, and all will burn.

You can purchaseThe Archer at Dawn at the following Retailers:

My Review:
4/5
Overall, a very enjoyable follow-up to The Tiger at Midnight! Swati does a wonderful job of really captivating me as a reader, with amazing characters. The court politics in this one will definitely enthrall fans of GOT and We Hunt the Flame. This book was so enjoyable, building on the relationships of TTaM while still introducing a new storyline that I enjoyed! 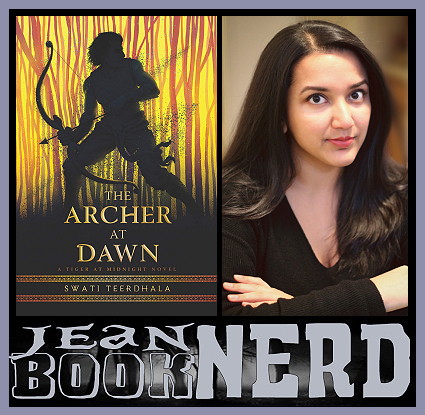 Swati Teerdhala is the author of The Tiger at Midnight series, which has appeared on both Barnes and Noble and Book Riot’s Most Anticipated Novels lists.

After graduating from the University of Virginia with a BS in finance and BA in history, she tumbled into the marketing side of the technology industry. She’s passionate about many things, including how the right ratio of curd-to-crust in a lemon tart. She currently lives in New York City.

One thought on “Blog Tour, Review, and Giveaway: The Archer at Dawn by Swati Teerdhala”