I am thrilled to be hosting a stop on the SCAVENGE THE STARS by Tara Sim Blog Tour hosted by Rockstar Book Tours! Check out my post and make sure to enter the giveaway! 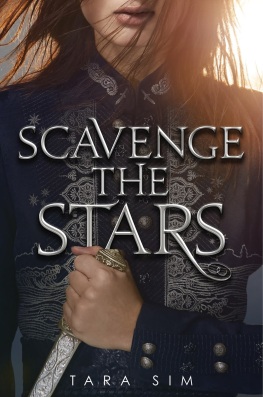 Title: SCAVENGE
THE STARS (Scavenge the Stars #1)
Author: Tara
Sim
Pub.
Date: January 7, 2020
Publisher: Disney
Hyperion
Formats: Hardcover,
eBook, audiobook
Pages: 336
Find it: Goodreads, Amazon, Kindle,
Audible, B&N,
iBooks,
Kobo
, TBD
When Amaya
rescues a mysterious stranger from drowning, she fears her rash actions have
earned her a longer sentence on the debtor ship where she’s been held captive
for years. Instead, the man she saved offers her unimaginable riches and a new
identity, setting Amaya on a perilous course through the coastal city-state of
Moray, where old-world opulence and desperate gamblers collide.Amaya wants one thing: revenge against the man who ruined her family and stole
the life she once had. But the more entangled she becomes in this game of
deception—and as her path intertwines with the son of the man she’s plotting to
bring down—the more she uncovers about the truth of her past. And the more she
realizes she must trust no one…Packed with high-stakes adventure, romance, and dueling identities, this
gender-swapped retelling of The Count of Monte Cristo is the
first novel in an epic YA fantasy duology, perfect for fans of Sarah J. Maas,
Sabaa Tahir, and Leigh Bardugo.
Excerpt:
Revenge. It was a simple word when spoken out loud, but it was so much bigger, like the hidden city under the atoll. It was a word of fire and blood, of a knife’s whisper and the priming of a pistol.
It was a word that consumed her, filled her entire being until she knew that she could no longer be Silverfish. Silverfish’s will was to survive, to simply make it to the next day, and hopefully the day after that. But that was no longer her will.
Now it was revenge.
Captain Zharo. Kamon Mercado. Moray.
They would all pay.

I really enjoyed this retelling! I thought it was fun, engaging, and well paced. The world building was excellent and I had such a fun time with it! Pick this one up if you enjoy retellings and kickass females!!! 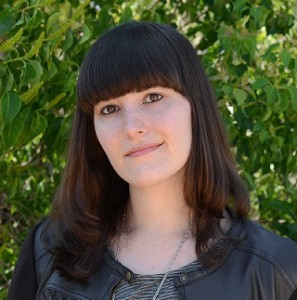 Tara Sim is the author of SCAVENGE THE STARS
(Disney-Hyperion) and the TIMEKEEPER trilogy (Sky Pony Press) and writer of all
things magic. She can often be found in the wilds of the Bay Area, California.
When she’s not writing about mischievous boys
in clock towers, Tara spends her time drinking tea, wrangling cats, and
occasionally singing opera. Despite her bio-luminescent skin, she is
half-Indian and eats way too many samosas.
Tara is represented by Victoria Marini at
Irene Goodman Literary Agency.
Website | Twitter | Facebook | Instagram | Pinterest | Tumblr | Goodreads
Giveaway Details:
3 winners will receive a finished copy of SCAVENGE THE STARS,
US only.
Giveaway ends February 14th at midnight EST.
a Rafflecopter giveaway
https://widget-prime.rafflecopter.com/launch.js