“Richly-woven, evocative, and absolutely impossible to put down―I was hooked from the first lines! Dark Shores has everything I look for in a fantasy novel: fresh, unique settings, a cast of complex and diverse characters, and an unflinching boldness with the nuanced world-building. I loved every word.” ―Sarah J. Maas, #1 New York Times bestselling author

“The book grabs readers from the beginning with its stellar worldbuilding and multidimensional characters, and the mythical elements are truly believable within the constructs of the story. The perspective shifts between the viewpoints of Teriana and Marcus from chapter to chapter, offering readers greater insights into each. …A gripping introduction to a new series.” ―Kirkus Reviews (starred)

“This is a lush, imaginative world, and as the focus shifts between Teriana and Marcus, it becomes clear that the readers are only getting a glimpse of its complicated history and mythology. …Their secrets don’t, of course, stop Teriana and Marcus from embarking on a steamy romance, and fans of Rutkoski’s sighworthy The Winner’s Kiss and the high-stakes sea adventure of Levenseller’s Daughter of the Pirate King will want to know where Marcus and Teriana journey to next.” ―Bulletin of the Center for Children’s Books 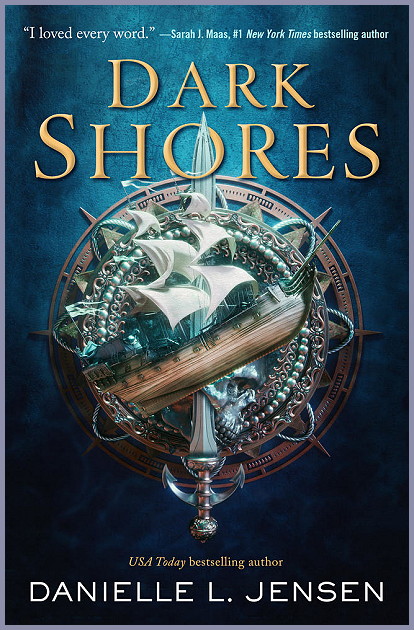 High seas adventure, blackmail, and meddling gods meet in Dark Shores, the first novel in a new YA fantasy series.

In a world divided by meddlesome gods and treacherous oceans, only the Maarin possess the knowledge to cross the Endless Seas. But they have one mandate: East must never meet West.

A PIRATE WITH A WILL OF IRON

Teriana is the second mate of the Quincense and heir to the Maarin Triumvirate. Her people are born of the seas and the keepers of its secrets, but when her closest friend is forced into an unwanted betrothal, Teriana breaks her people’s mandate so her friend might escape—a choice with devastating consequences.

A SOLDIER WITH A SECRET

Marcus is the commander of the Thirty-Seventh, the notorious legion that has led the Celendor Empire to conquer the entire East. The legion is his family, but even they don’t know the truth he’s been hiding since childhood. It’s a secret he’ll do anything to protect, no matter how much it costs him – and the world.

When an Empire senator discovers the existence of the Dark Shores, he captures Teriana’s crew and threatens to reveal Marcus’s secret unless they sail in pursuit of conquest, forcing the two into an unlikely—and unwilling—alliance. They unite for the sake of their families, but both must decide how far they are willing to go, and how much they are willing to sacrifice.

You can purchaseDark Shores at the following Retailers:

I definitely enjoyed this book! Super engaging with great characters. I was hooked from chapter two. I really liked Marcus as a character, definitely one of my faves!! His romance with Teriana was truly beautiful! Also her name is so cool, super unique! Definitely pick this up if you love fantasy books especially with a political twist.

~Me cheering on this book and its great cast of characters~ 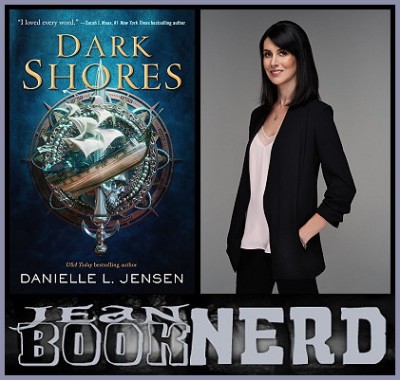 Danielle L. Jensen is the USA Today bestselling author of The Malediction Novels: Stolen Songbird, Hidden Huntress, Warrior Witch, and The Broken Ones, as well as The Bridge Kingdom (Audible Originals). Her latest novel, Dark Shores, will be released by Tor Teen in May of 2019. She lives with her family in Calgary, Alberta.

MAY 28th TUESDAY Bibliobibuli YA INTERVIEW

MAY 29th WEDNESDAY A Court of Coffee and Books REVIEW

JUNE 5th WEDNESDAY A Dream Within A Dream REVIEW