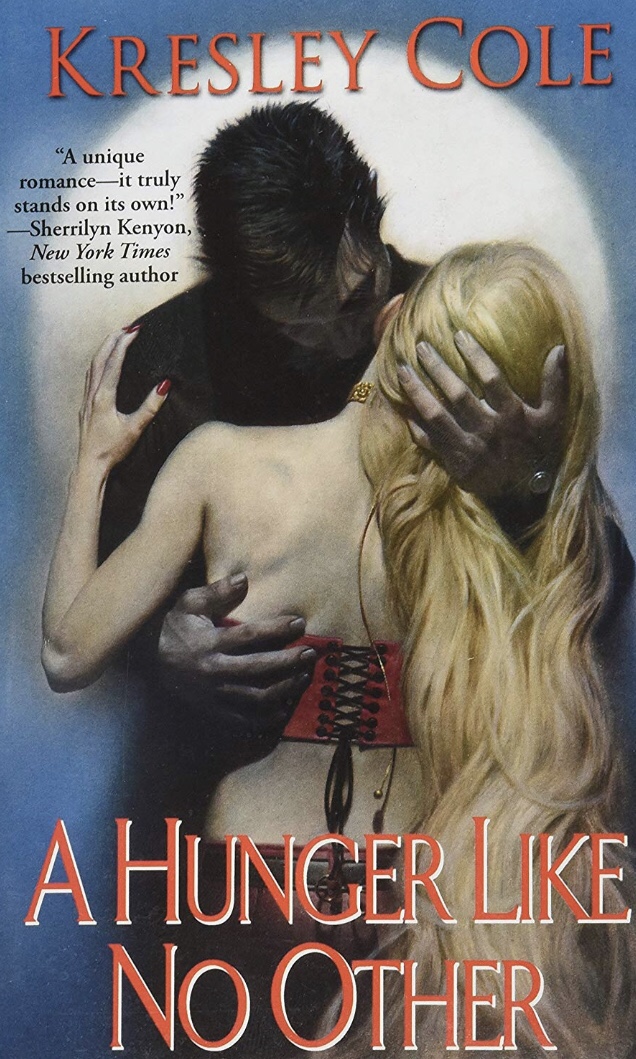 After enduring years of torture from the vampire horde, Lachlain MacRieve, leader of the Lykae Clan, is enraged to find the predestined mate he’s waited millennia for is a vampire. Or partly one. Emmaline Troy is a small, ethereal half Valkyrie/half vampire, who somehow begins to soothe the fury burning within him.

Sheltered Emmaline finally sets out to uncover the truth about her deceased parents—until a powerful Lykae claims her as his mate and forces her back to his ancestral Scottish castle. There, her fear of the Lykae—and their notorious dark desires—ebbs as he begins a slow, wicked seduction to sate her own dark cravings.

Yet when an ancient evil from her past resurfaces, will their desire deepen into a love that can bring a proud warrior to his knees and turn a gentle beauty into the fighter she was born to be?

So I went into this book not knowing it had rapey elements and kidnapping… It’s supposed to be ‘romance’ but I couldn’t get passed that even if Emmaline punched back every once in a while.

Overall I get this book is from 2006 (I checked and was baffled, I thought it was older)… But I didn’t like the rapey elements. The rest of the book was pretty good and Emmaline is a really awesome female lead. Though I didn’t care much for Lachain he did grow on me towards the end.

~Me throughout this whole book~